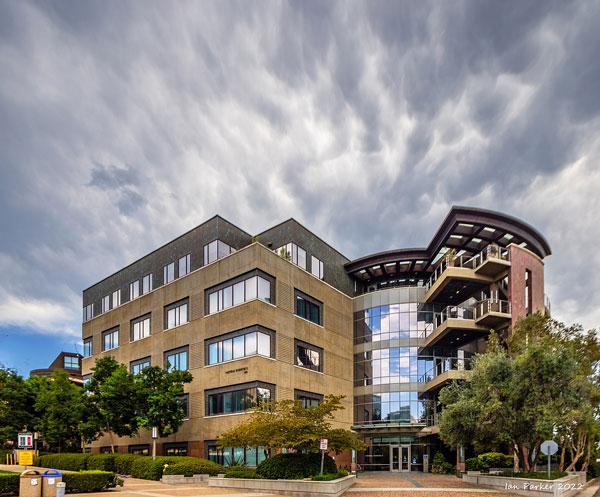 Mammatus clouds spread over Natural Sciences 2 during the heatwave. Photo by Ian Parker

Hot stuff: Almost every UC campus and ANR is conducting some form of wildfire research. (Type “wildfire” in the word search box.)

Remnants of Hurricane Kay to hit SoCal this weekend

The National Weather Service is currently tracking a Category 1 storm off the Baja Peninsula that forecasters say is likely to bring heavy rain to much of Southern California on Friday and into the weekend. Although it should weaken into a tropical storm and isn’t expected to make direct landfall here, the hurricane is capable of delivering gale-force winds, strong surf and several inches of rain from San Diego to Los Angeles before heading further west.

The heat wave that has been broiling the West Coast for 10 days so far is the most severe ever recorded in September in the region, according to weather experts. On Aug. 30, Seattle and Portland hit record daily temperatures of 90 and 100, respectively. In the following week, nearly 1,000 local heat records hit the dust, with cities such as Salt Lake City, Sacramento and Reno breaking their September records several times and by large margins. Sacramento and San Jose, which hit 116 and 109 degrees Tuesday, clinched all-time records — meaning their temperatures exceeded levels observed on any previous day or month.

How Book Bans Turned a Texas Town Upside Down 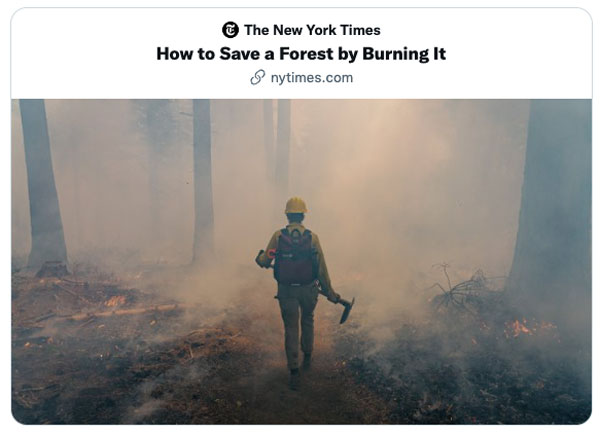 Professors James T. Randerson and Tirtha Banerjee are among the scientists highlighted in a recent New York Times feature story on wildfire prevention. The article comes in the wake of numerous devastating forest fires throughout California and the American West, and explores how new technology for prescribed burns can help firefighters better prevent more catastrophic wildfires. Scientists have been “just completely caught off guard about how fast things are changing,” Randerson, an earth scientist, told the Times. “For prescribed fire, I think it’s really all out there to be explored,” added Banerjee, an assistant professor of civil and environmental engineering.